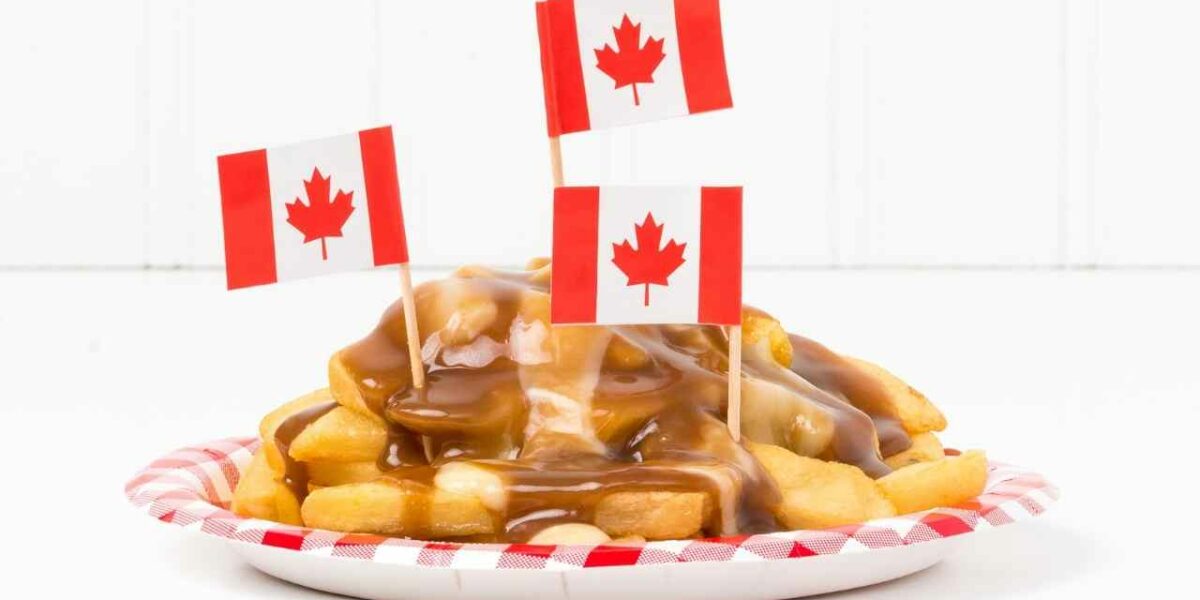 As tourism is starting to bounce back, one of the best things about traveling is none other than the culinary journey. Canada is no exception when it comes to offering its local cuisine to every palate. We have listed the top 10 Canadian dishes you should never miss out on during your travel or study here on whichever coast you are on.

Canadians eat our potato under a heavy gravy and melted cheese, that’s what poutine is, which is perhaps one of the most outlandish and definitive Canadian dishes. You can find it almost everywhere including big chains like McDonald’s. Currently offered in different toppings, Poutine is Canada’s proudest culinary invention and is hands-down the most sought-after local specialty by tourists.

Being the biggest producer of maple syrup worldwide, you will always find bottles of maple syrup at a local farmers’ market or any souvenir shops across the country. Try it on any breakfast food you can think of, from pancakes, waffles to baked goods such as lollipops or fudge.

Quintessentially Canadian, butter tarts are a sugar pie or a pecan pie, minus the pecans. Personal-sized bit of pie with flaky pastry and a sickly buttery plus super sugary filling, it’s a traditional and must-have dish especially for those with a sweet tooth.

Quite self-explanatory, the classic Great White North pizza is as simple as pepperoni, bacon, and mushrooms. Maple syrup sometimes is as part of the optional toppings as well. Speaking of taking things to the next level!

The first known recipe for Nanaimo bars was printed in the 1952 Women’s Auxiliary of the Nanaimo Hospital Cookbook under the name “chocolate square.” A year later, the recipe appeared in the Sun as the “London fog bar,” with “Nanaimo bar” listed as an alternate name This rich tri-layered dessert bar is made of crumb mixture, vanilla-flavored butter icing, and melted chocolate. Nanaimo bars specifically are a combo of a coconutty crust, custard middle layer, and chocolate ganache top. They’re simple, sweet, and truly beloved in every Canadian bakery or coffee shop.

The Montreal spice in its sliced brisket does take this sandwich to a whole different level. A good Montreal smoked meat sandwich will be piled inches high on rye bread with mustard, perfect for a messy and hearty lunch when visiting this beautiful city in Quebec.

You know Saskatoon as one is the cities in Saskatchewan, but it also is the specific kind of sweet Canadian berry that makes an essential element of this pie. Saskatoon berries are like a hybrid blueberry/apple and are an awesome superfood.

This sweet pastry snack resembles the shape of a beaver tail, oval flat with generous sugary toppings ranging from Nutella, cinnamon sugar, and Reese’s pieces. You will spot the truck at popular destinations around.

It’s more of condiment than food, but ketchup is something inherently Canadian simply because we love ketchup, especially in our chips! Imagine this unique, sweet yet vinegary chip that will leave your fingers red, indefinitely. The same goes with slathering ketchup on Kraft Dinner (at least once a week a household in Canada will make it), and grilled cheese dipped in ketchup.

Cold often tops of mind when one mentions Canada which also happens to be the key ingredient in creating ice wine. The sweet dessert wine is made from frozen grapes creating a super sweet flavor, hard to make, and a source of Canadian pride nationwide.