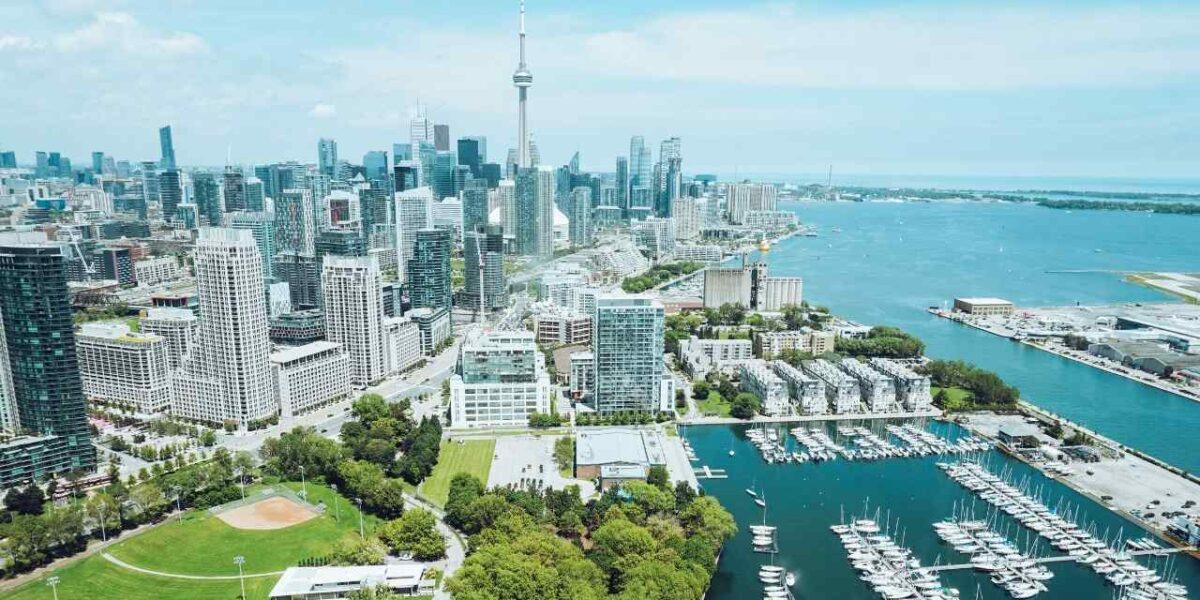 Toronto is home to a thriving business and entrepreneurial scene. In fact, it recently passed up New York in CBRE Group Inc.’s annual survey to be named the #4 tech talent market in North America. Tech start-ups and big-name companies are bringing thousands of jobs and talented employees to Toronto so there’s plenty of job opportunity. With this thriving business scene, locals might be paying a pretty penny to live in the TO, but they certainly have the opportunity to earn enough to support their lifestyle.

Forbes describes Toronto as lying at the economic heart of one of the world’s wealthiest countries, projected to keep humming through 2020. The other top ten most economically powerful cities identified by Forbes were London, Hong Kong, New York, Tokyo, Chicago, Seoul, Paris, Los Angeles, and Shanghai.

Known as one of the world’s most multicultural cities, Toronto prides itself on its wide range of cultures, languages, food, and arts. Almost half of its population are immigrants.

According to this article, Toronto is one of the world’s most multicultural cities, famous for its diverse choice of food, arts, festivals, and weather patterns! Smaller suburbs surround the large city offering options for people who prefer to step back from big city life.

For those who love the big city feel like of places like New York and Los Angeles – but with less crime – Toronto is a great fit.

The number of languages spoken in Toronto–more than 140–is a testament to Toronto’s diverse population. Residents flock from all over the globe to live in this business, cultural, and food mecca with over 51 percent of its residents were born outside of Canada. It’s also home to more than 230 nationalities. This city is welcoming to anyone and everyone, and you’ll feel that way the moment you arrive. So if you wake up craving a Laksa or a Gol Gappa one morning, chances are you can get them for lunch at a restaurant near you!

Suburbs such as North York, Markham, and Richmond Hill (north, east), Peel ( Mississauga and Brampton) and the Halton region (Oakville and Milton for example) are favored by families and are among the best places to live in Toronto.

Single men and women tend to prefer the downtown core.

Ontario operates a rail and bus system called GO Transit, connecting the TTC (both subway and bus) and the Greater Toronto Area. The surrounding regions (York, Peel, and Durham) also have transit systems that connect with the TTC, making travel with the public transit system nearly seamless.

The 400 series highways all merge in Toronto’s core. The 401, which is North America’s busiest highway, is the spine of Ontario and Toronto’s infrastructure.

Toronto is well-known for its healthy arts scene, numerous sporting events, vibrant nightlife, and restaurants, bistros, and eateries featuring cuisine from just about any nationality one could think of.

The Art Gallery of Ontario and Royal Ontario Museum are very popular with both tourists and residents.

Toronto is a major performing arts center, with numerous ballet & dance, opera companies, and symphony orchestras, performing in many notable venues including Roy Thompson Hall, The Hummingbird Centre, and The Centre for the Performing Arts.

The major venues for sporting events are the Air Canada Centre, Rogers Centre, and BMO Field.

Toronto is an undoubtfully beautiful city. But if you look around you, you will find that it is not all grey. Toronto is also a city that is full of beauty and color. If you have a look at a map of Toronto, you’ll notice a lot of green stretches all over the place. These are parks. While Toronto is heavily into modernizing, they have made sure to leave some parks for the people to enjoy. These parks provide a breath of fresh air. They’re the best place to relax after a stressful day of work., and the best place to meet up with friends and family.

Some of these parks are so huge you can go hiking or camping in them! It’s incredible how such serene and beautiful parks can exist in the heart of a bustling city. Aside from trees and nature, the neighborhoods of Toronto are also beautiful. Away from the city center, you’ll find that each neighborhood has its own unique charm. These tidy little neighborhoods are full of art here and there. Try walking around one of them, you’ll find that there is a lot to take in. So don’t be fooled into thinking that Toronto is a grey city that is all about work and study. If you slow down, you’ll see that there is beauty everywhere in this city.

From bohemian vibes to historic districts, there’s no shortage of lively neighborhoods in Toronto. If you’re looking for a place to live that’s close to work, this hood also offers one of the easiest commutes to downtown. Kensington Market area as bohemian as it gets, and young Kensington Market area is as bohemian as it gets, and young residents and families alike come here to explore. Chinatown is an energetic little neighborhood that draws locals and visitors to its lively streets.

The Distillery District in Old Toronto is a national historic site and pedestrian-only walking area. It celebrates the culture and tradition of Toronto and offers art galleries, event venues, and eateries.

If going touristy is your knack, make sure to visit CN Tower and bike around Toronto Island.

Summer temperatures reach, on average, around 35 degrees celsius, and the days are extremely humid. On the plus side, though, Toronto has some great beaches you can head to on those hot, summer days. Woodbine Beach, Lakeshore, and Centre Island are great places to start. Toronto is also chilly in the winters and gets a fair amount of snow. The location on the shores of Lake Ontario keeps it mildly cooler in the summers and slightly warmer in the winter than other Canadian cities.