Eating your way around the world in Toronto 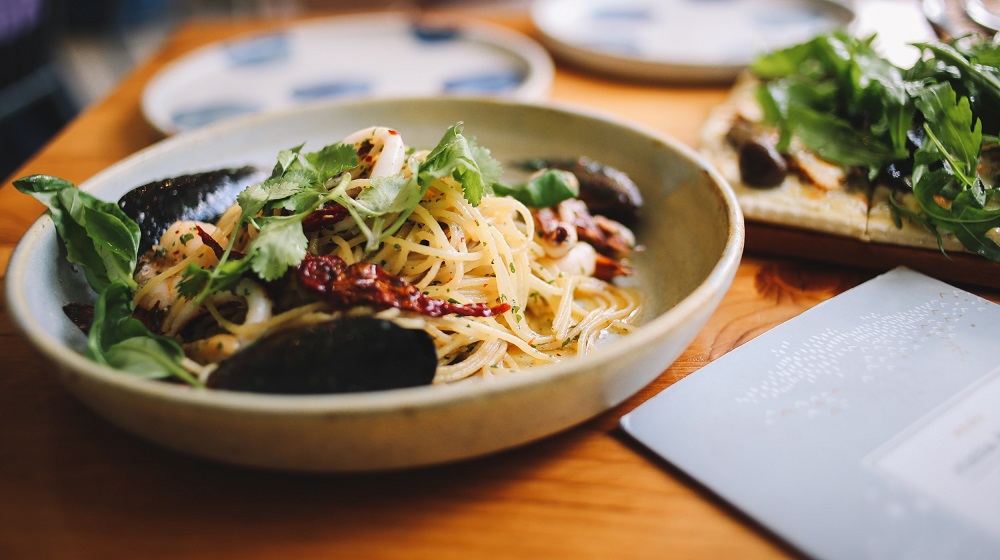 Known for being the most multicultural city in the world, one way to get to know Toronto and its people is through different ethnic foods.

Toronto features ethnic supermarkets, farmers’ markets, culturally specific restaurants, and festivals that celebrate cultural diversity. Whether you want to try something new or eat something that reminds you of home, Toronto is sure to have it!

Popular cuisines include Italian, Greek, Chinese, Indian, Korean, and Filipino, African, and many more. Toronto continues to be rooted in culture and heritage and this reflects in the food.

The diverse flavors of Asia

In downtown, between Queen and College Streets and along Spadina Avenue, it has one of the highest concentrations of Chinese people outside of China itself.

Street and even bank signs are written in both English and Chinese. You may be reminded of cities like Shanghai or Hong Kong from the aromas, sights, and sounds.

Downtown’s Chinatown still features a great number of Cantonese restaurants and over the decades, many have been adding Szechuan and even Thai dishes to the menu range.

Toronto has other Chinatowns as well. North of the city, Markham, has popular dim sum destinations to feed everyone’s craving.

Sushi is a popular dish in Toronto too, both served in a Japanese restaurant or an Asian grocery market. Many restaurants still count on authenticity as key by flying in rice, vegetables, and seafood from Japan.

Toronto’s restaurant scene never lacks diversity, and when it comes to Filipino cuisine, it’s never too hard to find in the city. There’s a certain beauty to Filipino eats, almost a melting pot of delicious flavors from different influences that make it unique.

Little India maybe just a small area tucked to the east of the downtown core, but it is one of the best sources of South Asian goods in North America. Buffet-style restaurants, featuring dishes done in a basic home-cooking style, dot the strip every few yards. But there are plenty of alternatives to this version of Indian cooking available. With the increasing South Asian population in Toronto, you will easily spot an Indian restaurant in any plaza corner of the city.

If you’ve ever doubted just how strong the Italian community in Toronto is, swing by Little Italy, at Dufferin and St. Clair, during the World Cup soccer championships. It’s sheer bedlam. Almost 34 percent of Italian Canadians live in the Greater Toronto Area. This bodes well for finding a bounty of Italian fare.

Start exploring along College Street West, an eclectic combination of cocktail bars and eateries that have been in the neighborhood for decades.

Rivaling the strength of the Italian food scene is the one devoted to Greek cuisine. Stretched along the Danforth, Greektown puts all the best things to eat in one intriguing neighborhood.

There is plenty of Ethiopian spots offering the staples: injera, doro watt, tibs, and more in different types of atmosphere.

Can’t get the goat suya off your mind? Head to a Nigerian eatery that offers everyone’s favorite treat and other barbecued delights.